Few cities have surprised me as Chicago has. The diverse Illinois mecca with nearly three million residents doesn't feel as large or populated as it is. Chicago is set up as neighborhoods, each with its own personality. Chicago offers more than enough culture, history, and events to keep travelers busy any time of year.

The Frank Lloyd Wright Trust operates daily tours lead by well-educated volunteers. Visitors can choose from a variety of tour offerings, including Home and Studio, Unity Temple, and Wright Around Oak Park. Self-guided audio devices are procurable for select tours. My friend and I chose the Wright Around Oak Park guided tour for a more in-depth approach to architecture.

Check-in is at the museum shop located at 951 Chicago Avenue, Oak Park IL, 60302. Tickets can be purchased here however it is best to buy them in advance via their website.  Tours do sell out.

The first portion of our tour included biographical information on architect Frank Lloyd Wright. Discussions included everything from his apprenticeship under Louis Sullivan to his multiple marriages and utter family desertion.

With the group in tow, Ken brought us into Wright's personal home. Rooms downstairs are on the smaller side, some with papered ceilings and stained glass inlays. The second level was a bit of a surprise with larger rooms, advanced airflow design and wall-lined cabinets. A favorite was a concert and entertaining room featuring arched ceilings and signs of the Arts and Crafts Movement.

We moved onto Wright's studio with drawing desks and an intricate chain system suspending overhead lights. In 2014 the second floor was opened up to tours. If you'd like to visit the entire studio, read tour descriptions thoroughly before purchasing tickets. Not all tours include access to the balcony, but Wright Around Oak Park does. 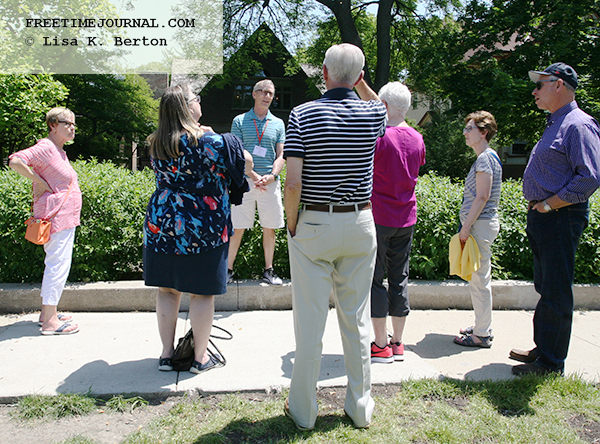 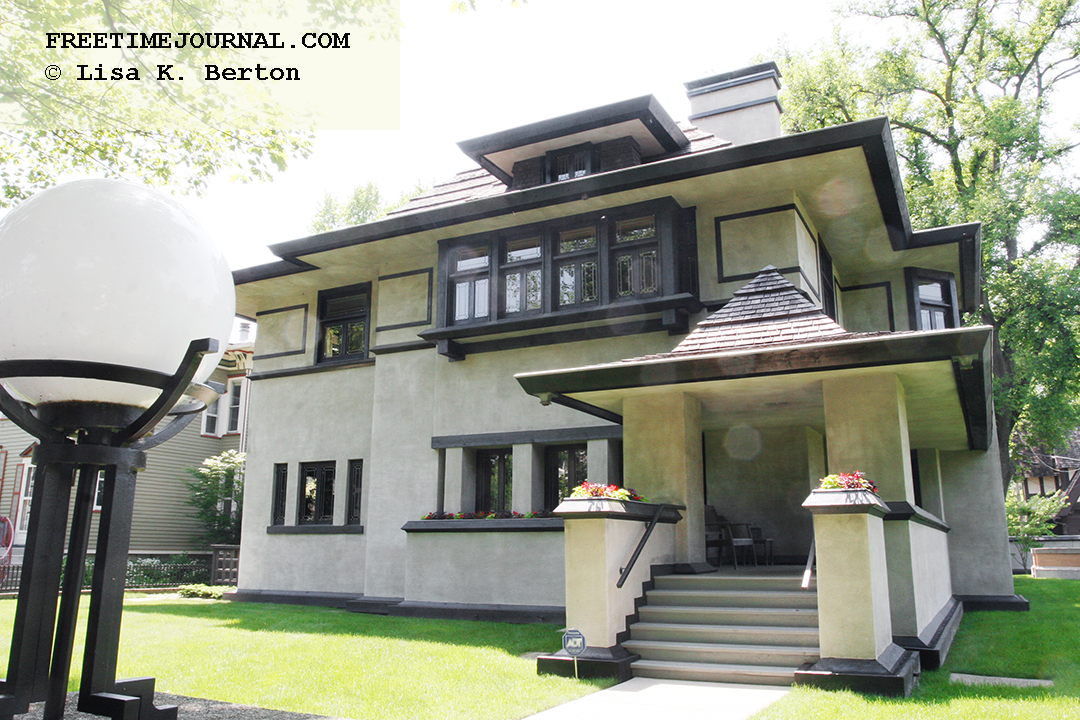 The tour concluded outside Unity Temple. Our tickets included admission and permission to wander about on our own. After a three-hour experience, take pleasure in knowing there are restrooms inside. 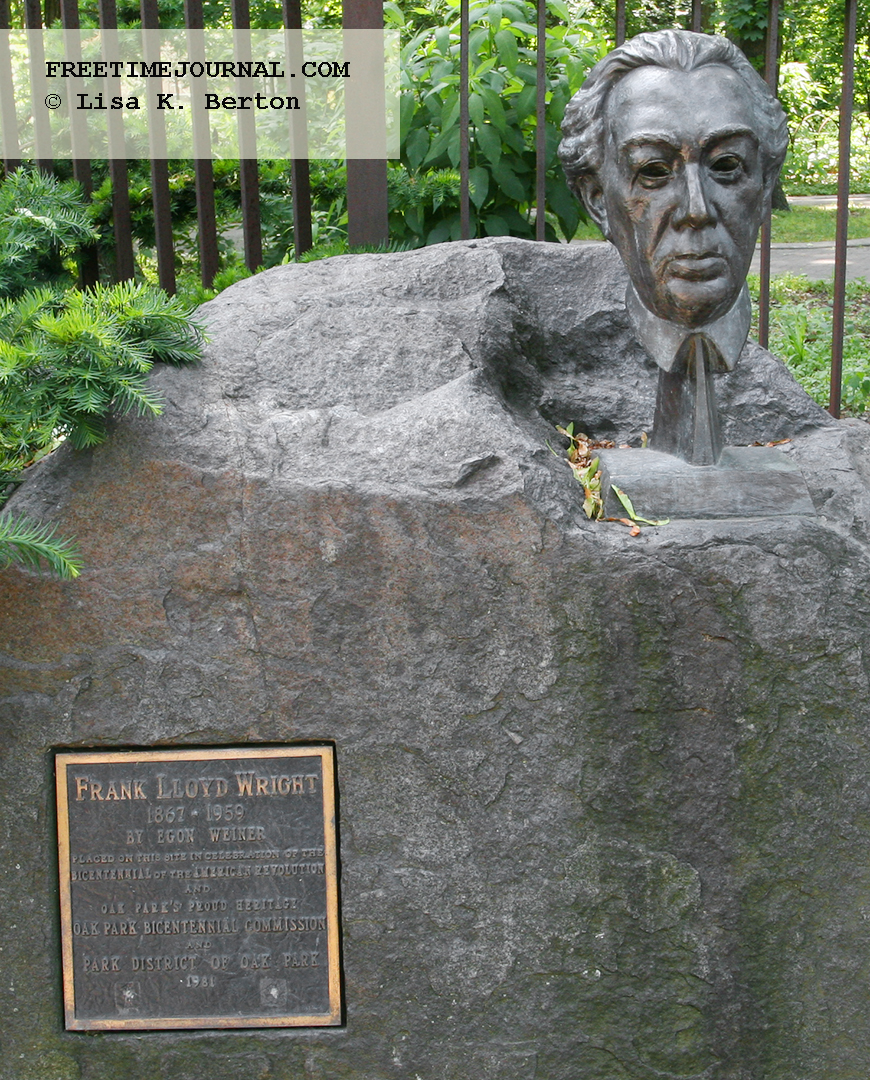 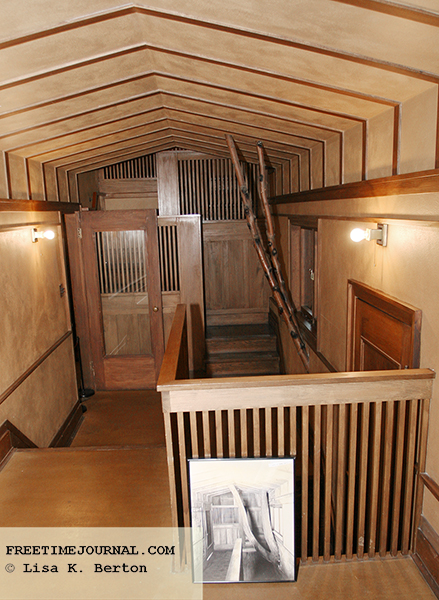 Scaled down replica of the tree inside his home

Thirty-five acres of land within Chicago's Lincoln Park neighborhood is home to over 800 animals. Guests of Lincoln Park Zoo can enjoy as much or as little in a day as they please as admission is always free.

In 2018, the Zoo celebrated their 150th birthday. Animal lovers of every age were invited to grab an Exhibition Pass and fill in blanks to questions answered throughout the Zoo. It was a fun and educational activity with a prize at the end. They gifted me a self-hugging plush chimpanzee.

There are four Zoo entrances. The North Gate is near the Lincoln Park Conservatory. The West Gate leads to the Main Mall. Here you'll find the gift shop, a cafe,  restrooms, and information center. The Farm Gate is closest to the barnyard and boardwalk. All three gates are on North Stockton Drive. The East Gate is currently closed. A temporary gate is open off of North Cannon Drive by the main parking lot. Use this Zoo map for reference. 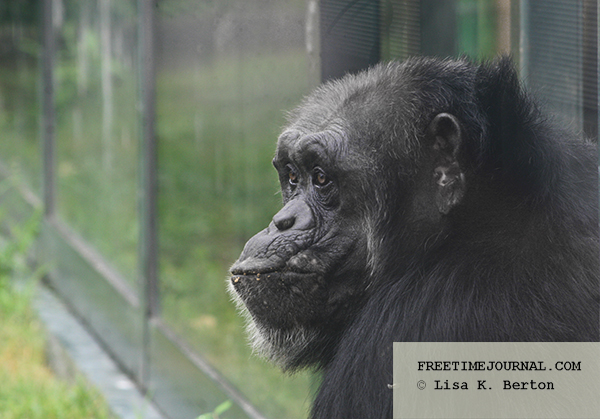 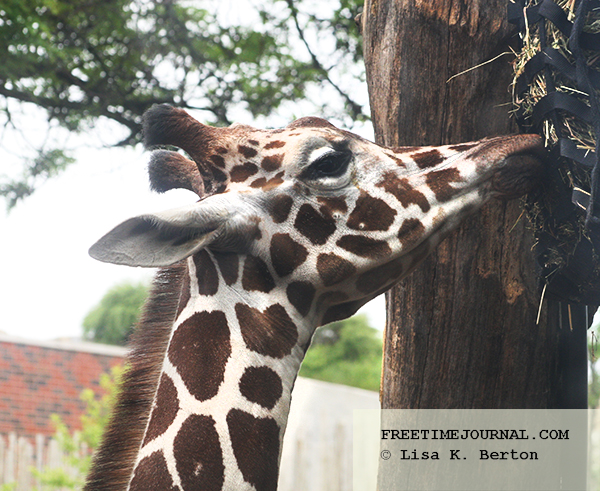 We spent a lot of time at the Primate House and Center for African Apes. The loud and taunting group of teenagers did not amuse the ape in the outdoor habitat. He ran toward them and pounded his chest repeatedly. At that point, I walked away knowing he was showing dominance.

The African penguins were extra adorable during an afternoon feeding. They ate. They waddled. They preened. They swam. Not to be outdone were the polar bears who look huggable when napping.

Lincoln Park Zoo relies on donations to assist with operational expenses. If you'd like to help them keep admission free, there are plenty of ways to help. 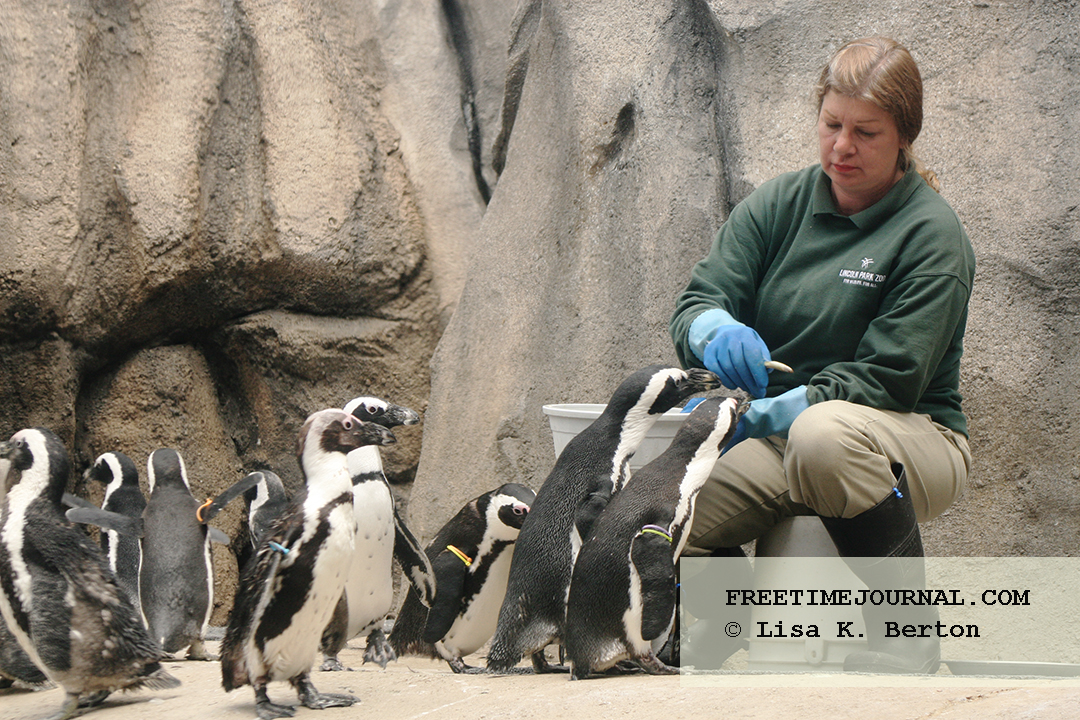 Fans of television shows like "Whose Line is it Anyway?" and "Saturday Night Live" flock to The Second City. Sketch comedy shows rotate often, and no improv show is like another. Audiences return again and again.

Sketch shows like the one we saw, Dream Freaks Fall from Space, permit anyone age 10 and older. They are, however, not intended for young ears. If the performances were movies, they could be R-rated for strong language, vulgarity, drug references, and sexual innuendo.

The cast and guests have a good time at The Second City shows. Watching the actors trying to keep a straight face while making absurd statements or gestures, is all part of the fun. Sketch shows run about two hours long plus a quick intermission. 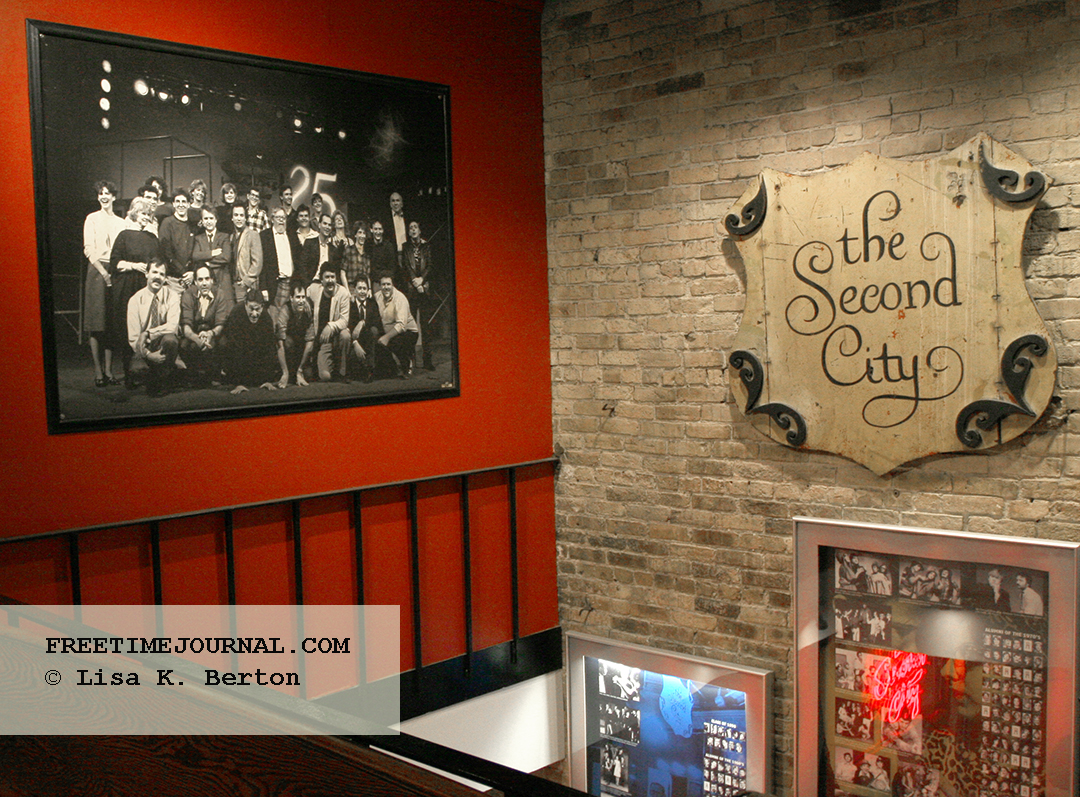 Seating is assigned upon arrival. Seats are set up similar to cabaret style along with rows of chairs. Before shows begin, the bar opens up. Servers make the rounds during shows, as well. We recommend eating nearby beforehand.

The main entrance is around the corner at 1616 N Wells St, Chicago, IL 60614. Please note that stairs lead up to the Mainstage. For information on elevator access and other accessible features, click here.

Be sure to read our other travel stories about Chicago.

Chicago tours via bus and boat

Walt Disney, where dreams were  born 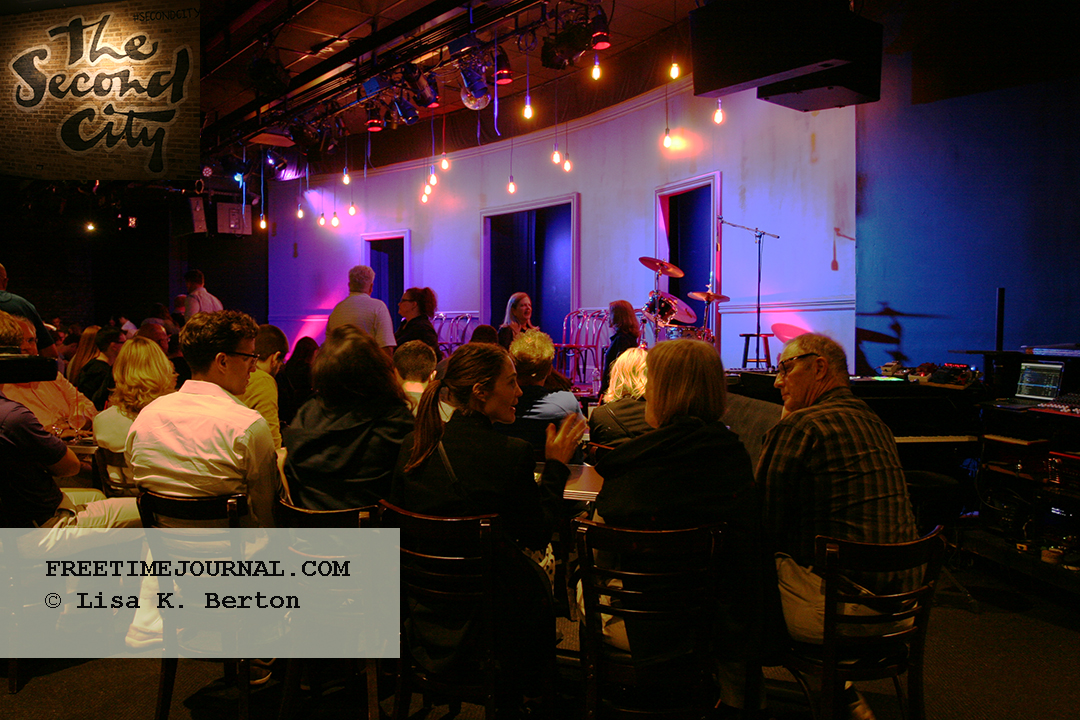 1 thought on “Architecture, animals, and antics abound in Chicago”